Gordon Ramsey was born on November 8, 1966, in Johnstone, Scotland. He’s a world-renowned chef and restaurateur. He’s got several restaurants all over the world and has published various cookbooks.

Ramsay in his early years

Ramsay was only a young boy when his family decided to transfer from their native country of Scotland to England. They settled in Stratford-upon-Avon where he was raised.

Growing up, he played football – joining the Oxford United youth team. He got so good that the Scottish Premier League Glasgow Rangers began courting him at the age of 15 to play professionally. Unfortunately, a knee injury kept this from happening.

Life as a chef

Ramsay decided to focus on his love for food after failing to be a professional football player. He got a hotel management vocational diploma in 1987 from the North Oxon Technical College. He trained at Harvey’s under chef Marco Pierre White and at La Gavroche under chef Albert Roux.

Over time, Ramsay went to France to further train with master chefs like Guy Savoy and Joël Robuchon. He then went to London to be the head chef of Aubergine. This is where he won two Michelin stars.

In 1998, Ramsay went on to open Gordon Ramsay, his own restaurant that’s considered to be one of the best restaurants in the world. In 3 years, he got his 3rd Michelin star. The restaurant became the longest-running restaurant to hold the Michelin award.

Over the years, Ramsay continued to open more restaurants – some of which earned various awards and more Michelin stars.

In 2001, Verre became his first international restaurant. It opened in Dubai, United Arab Emirates. In 2011, he ended his association with it.

But he continued to open more restaurants around the world, in the US, France, Japan, South Africa, and Australia. 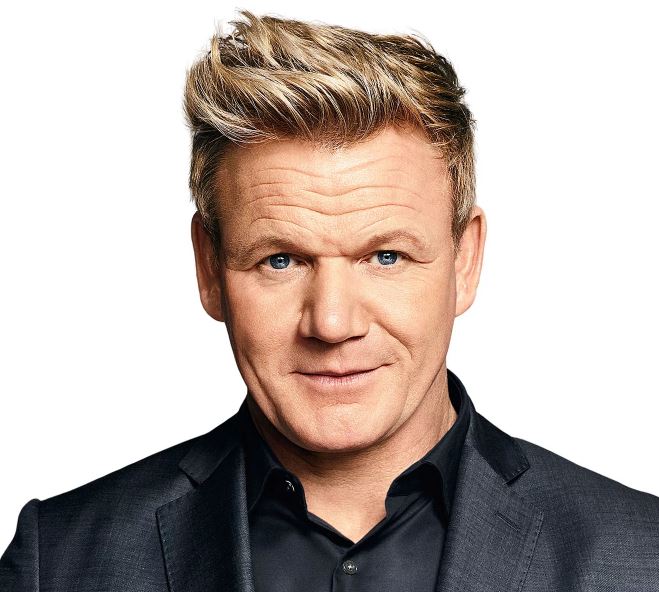 Gordon Ramsay further increased his popularity after becoming a television personality. He’s known for his temper and for using profanities on chefs he trains in his shows.

In 2004, he started the award-winning show, Ramsay’s Kitchen Nightmares. It’s a British series where he tried to turn failing restaurants into a more profitable business.

His intense temper became really evident in Hell’s Kitchen. Here, he tried to turn aspiring restauranteurs into chefs. This eventually had a spin-off show called Hotel Hell where he focused his attention on lodging businesses.

Ramsay used his popularity to venture into different industries. He published his autobiography and various cookbooks. He also has a partnership to develop home and lifestyle products with WWRD (Waterford, Wedgwood, Royal Doulton).

He even has a mobile game called Restaurant DASH.

Because of all his accomplishments, Ramsay received an OBE (Order of the British Empire) from Queen Elizabeth II.

He and his wife Tana Ramsay started the Gordon and Tana Ramsay Foundation to help charities around the world.

Now, Gordon Ramsay lives with his wife, Tana, and their children Tilly, Oscar, Holly, Jack, and Megan. They split their time between their homes in South London and Los Angeles.